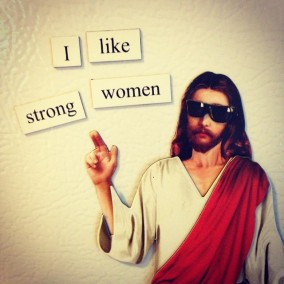 “To what extent are we all afraid of angering people?”

She was talking about the fear to broach the race question in church. Fears that when white pastors tell their old white parishioners (who give a collection-tin full of money) that their old ways are plain old-fashioned racist, that collection-tin will disappear. Fears to disrupt the white-code,  the code that says  when we (the royal, White We, the we presumed but never explicitly stated) are all in the same room it’s finally okay to bash Affirmative Action, make dialect jokes, microaggresions that aren’t so micro.

Fears as clergypeople that aren’t necessarily rooted in worries about a comfortably paycheck found in those tins – fears that a paycheck will come at all, fears that the church doors will not stay open. Fears that wonder how we can be pastors to even the most racist, sexist, homophobic, and prejudiced of people.

My husband often gently reminds me – when i’ve gone off again on Hobby Lobby and whiteboys and how it’s all a conspiracy to disempower anyone who isn’t white and male and hetero and wealthy – that everybody hurts.

I’ve been walking this line of anger – and how much of it to show – for as long as i was being told girls couldn’t do all that boys could. My friend Erin has written an incredible piece on the spiritual power of bitterness. She writes about uncompromising anger, the anger that does not flinch the way Christian discipline and Christian guilt may teach us to doubt. But there’s the double-edged sword of bitterness for us Christian feminists:

“Bitterness, I’ve been told, is to be avoided by Christian feminists who must wrest themselves from the reputation of both angry activists and fuming fundamentalists.”

I live this in the classrooms where i’m one of three womyn, when i feel my own internal pressure to speak so that it’s not an all male voices, but worry that once again speaking as a feminist will be met with more  grimaces and eyes rolls. It’s fear of letting down my own internal riot-grrl-engine (which, yes, i’m also quick to trace to its capitalist feminist individualism) and fear of being That Girl (which is also maddening, because i’m a woman and not a child).

As Erin writes, bitterness can also be another word for heartache.

The intersections of race and gender are complex, and the more i assert my stance as a feminist/womanist in classes where only 35% of us are womyn, the more i understand what she meant within my own social location. The culture shock of coming from a school full of gender minorities to an institution that has historically been (and still is) hostile to womyn has run deep in me these first few weeks. No matter how much i celebrate the feminist hermeneutics we read, no matter how grateful i am for friends who are also womyn’s college alums, it is exhausting to work day in and day out assert your right to be where you are and think what you think.*

And the balance of anger and bitterness, heartache and peace-seeking, it’s this impossible walk i’ve never really learned. Because on the one hand, as a feminist, i want to be authentic and true and unapologetically assertive. A woman who fights impostor syndrome, who knows my own value and ability and right to ask the first question or push back against the accepted way of thinking.

But on the other, i’m supposed to be walking this walk in the humility of knowing my own humanity, and its fallibility, and that even the most conservative white cisgenered heterosexual man is still created by God.

(I really do actually sort of know that last part; my husband is from Wilson, North Carolina. He still has to remind me that i know this.)

My mother calls it the “Divinity-School-Shakedown.” The peeling open, scrambling around, and puking out all you know and all you think, a jenga-puzzle game of identity and call. So today, still thumbing through scattered notes on bitterness and heartache, my professor asks us this question:

“To what extent are we all afraid of angering people?”

I still don’t have an answer.

*(I also feel it pertinent to mention here that it’s still the first month, and all us ickle firsties are in various forms of culture shock, and anyone who says they aren’t still adjusting is slurping down that liar soup)

5 thoughts on “Bitterness, Balls-Busting, and Seminary.”