Edinburgh is the city with the wind trapped in its streets. Every corner a new gust in a new direction. My hands are always slick around the umbrella handle, its protection a moot point in the sideways slashes of water. Unpredictable and wild, the weather is the spirit of the city. 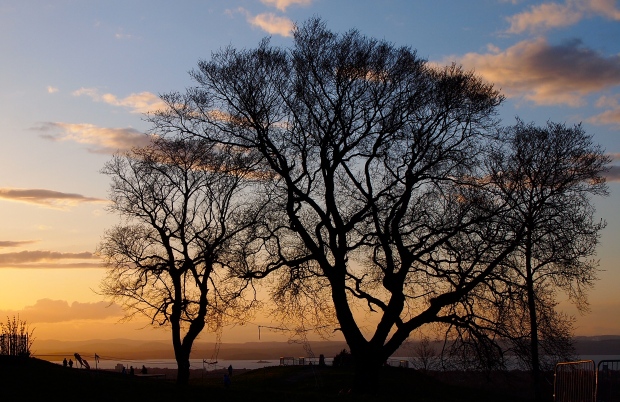 “No one comes to Edinburgh for the weather,” my cabbie told me as i first drank in the city’s soggy streets. Groggy and achey and smelly from an overnight transatlantic flight, i surprised myself with open eyes all but glued to the windows. I remember my toes going numb in my soggy socks. He never did clarify why people came to Edinburgh.

But even in that state of sleep deprivation, i knew.

That was six months ago. Six months of bad weather, and now i know why people come to Edinburgh: it’s that wild, unpredictable, gritty-yet-quaint magic. It’s the slate slick with water on the street, the cobblestones encouraging a hop-skip dance to stay standing. It’s getting to know the shopkeepers like i lived in a small town but knowing there are more streets here than you could ever plot. It is the sun rolling fat across the spire-dotted horizon after torrential rain. It is the bagpipers on every corner of the Royal Mile making the soundtrack of the city raucous and real. It is the “I’m Scottish!” flags in the grocery store, it’s evensong at St. John’s on Princes Street, the rainbow quilt hanging in Saint Augustine’s. Tea and feminist theology with Rhiannon. Ceilidh with Megan. Flat dinners.

Edinburgh wouldn’t be the same without that sideways rain, the muck that makes me wish i had window-wipers for my glasses and waterproof woolens.

It is the city with the wind trapped in its streets, pushing the growth outwards but never letting its history be eaten by progress. The skyline of Edinburgh is my favorite of anyplace i’ve ever been: grey-black church spires competing with the looming castle for the crown of the view. No skyscrapers competing with Georgian buildings. Edinburgh’s sky breathes into every cobblestone of the city streets.

Edinburgh is a city made of magic, the enchantment trapped in the wind that binds fearlessly wild mountains to fearlessly proud castles. 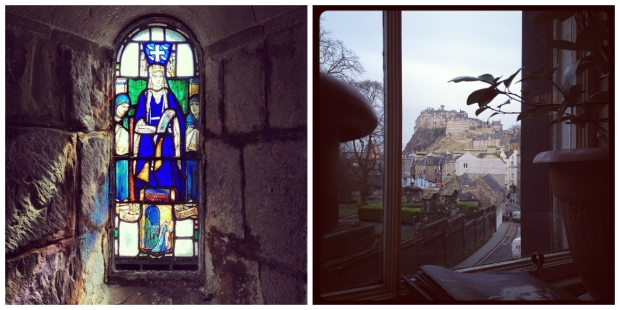 Saint Margaret’s Chapel in the Castle; the Castle from the Elephant House.

It was an excruciating farewell. I know, in my heart and in my ten-year plan (color-coded, of course), that the enchantment of Edinburgh is not done with me yet. But i didn’t know when i’d be back, and that was painful. I hate goodbyes. I don’t know anyone who relishes them, but i felt there was just one too many this time.

Overlooking the city from Arthur’s Seat! 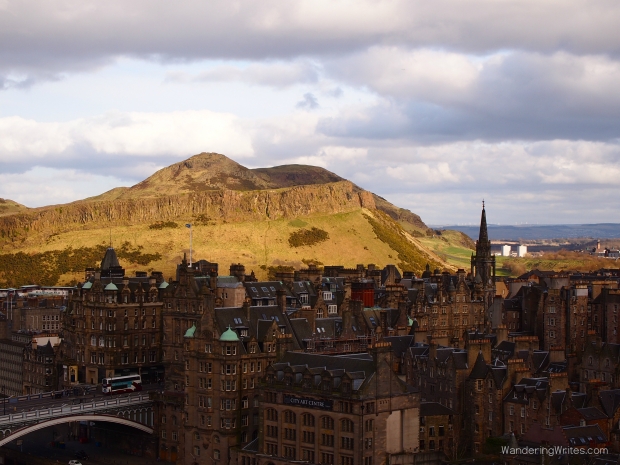 But, as you may have heard, my Jonathan asked me a little question in the last few days we had in Edinburgh that has had a pretty big impact on our lives. So there was a big tug pulling me across the water: families eager to clutch our hands and coo over our giddiness. Big plans to make and old friends to see.

My flatmate Savannah wrote on her witty and wonderful blog* that she drew a distinction between being excited and being ready to come home:

“People keep asking me if I’m excited to come home. The answer is simple, of course I am! I think what they mean to ask is if I’m ready to come home, and this is a much more complicated question.”

I think i was a mix of ready and not ready, excited and dreading it.

All those months ago, my nose pressed against the window of the cab i felt that lurch in my stomach. The oh-no, i-like-this lurch. The scary fall and willingness to let myself fall all at once meant i knew, even then, that a similar cab ride back to the airport would be excruciating. And it was.

But i couldn’t be more grateful that it happened. And, in the words of Scotland’s greatest poet Robert Burns:

But boundless oceans, roaring wide,
Between my love and me,
They never, never can divide
My heart and soul from thee.

Until next time, Edinburgh. I’ll wait for the wind.

current jam: ‘then i met you’ the proclaimers.

*Which all of you should go read, because it really is one of the best blogs you’ll ever come across. (I’m a wee biased, but still!)

4 thoughts on “The Wind in the Streets: Saying Goodbye to Edinburgh.”